Printmaker Michelle Keegan is the winner of a national print-making award.

The West Yorkshire Print Workshop, based in Mirfield, has a national following in the art community.
Its Flourish Award for Excellence, now in its sixth year, attracts entries from both Yorkshire and further afield.
This year’s winner Michelle Keegan, a Slade School of Art graduate, is course co-ordinator for fine art at the Central College in Nottingham. She acquired connections with this area when invited to be part of an art show in Barnsley this summer to celebrate the Grand Depart of the Tour de France in Yorkshire.
But she learned of Flourish through her membership of Printmakingonline, an internet organisation that brings together print-makers to show their work.
Three of her prints can currently be seen at the workshop’s gallery on Huddersfield Road in an exhibition of short-listed artists (ending on November 15).
Part of Michelle’s prize is use of the workshops’ studios and she is now planning to make regular forays to Mirfield to develop her etching techniques. She will also be staging a solo exhibition at Huddersfield Art Gallery next year – another Flourish reward.
Michelle describes her minimalist, monochromatic work as “abstract landscape” and says it is influenced by her nomadic lifestyle.
“I have lived in a lot of places,” she explained, “and my work is to do with memory and transit between places”.
She has been etching in black and white for 30 years and specialises in multi-plate printing but says that winning the chance to use the print workshop’s facilities might encourage her to try using some colour. But she’s not making any promises.
West Yorkshire Print Workshop is a charity and was founded in 1981 as the Kirklees Arts Space Society. It opened to the public as a gallery space in 1984.


In 1995 it became Eastthorpe Visual Arts and adopted its present name in 2004. It is a Regularly Funded Organisation of the Arts Council England, Yorkshire. 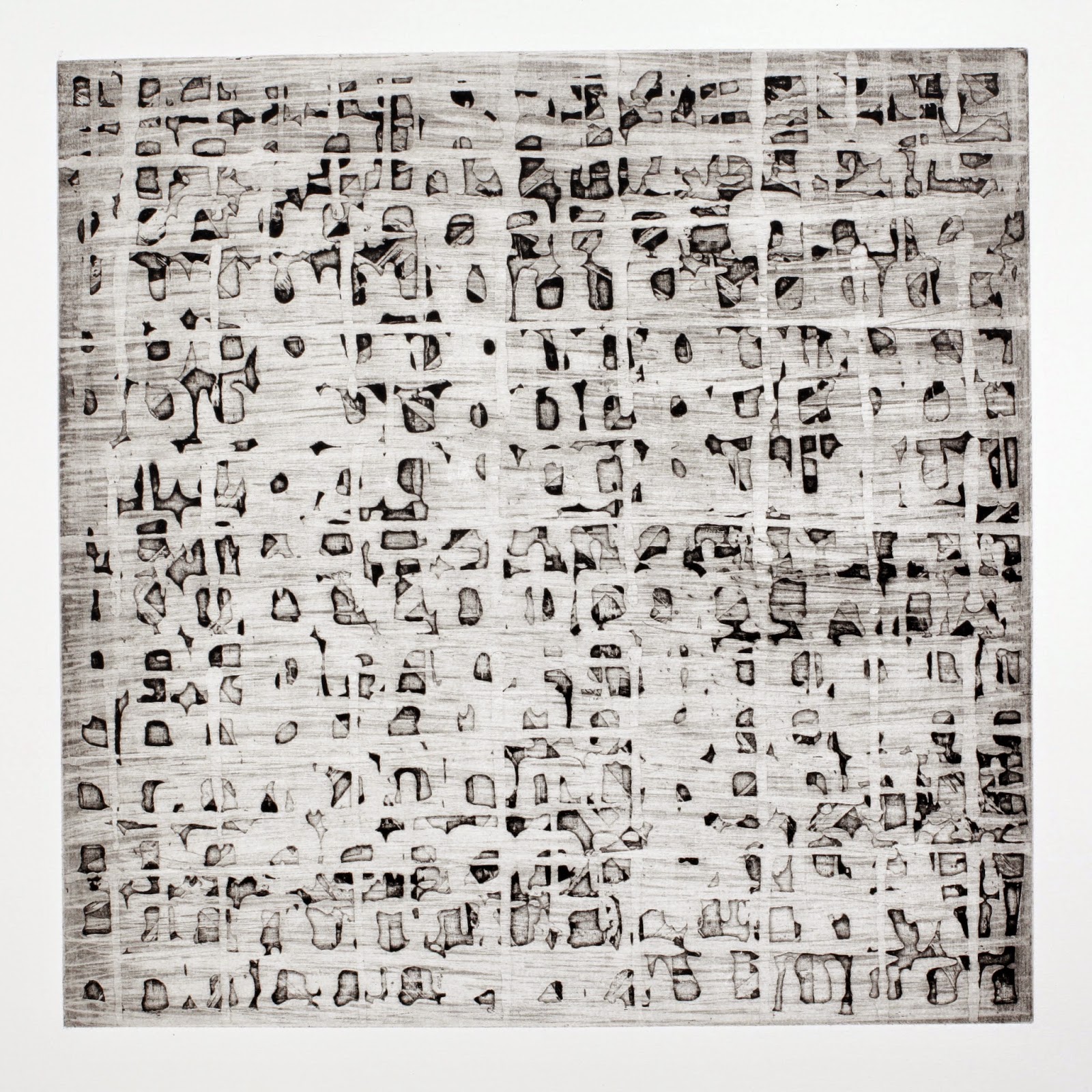